A big warm welcome back to school to all of our Year 4 pupils and also to Mr Lewis who joins the Year 4 team. It has been a very busy start to the academic year and we have been impressed with the punctuality of pupils returning to school this term.

Our first topic is a whole school topic and we are excited to share opportunities with the pupils to find out more information about our wonderful world. As a year group we aim to identify how we can make changes to our local environment and already, our year 4 pupils are beginning to spot potential.

Many of our pupils have identified our climate as one of the possible changes!!

We have began to discuss this and locate countries around the world within different climate zones, and over the coming weeks will compare these climates and what we may find there to our own.

After some fantastic speeches and exceptionally close voting, we can say a massive well done to the following pupils who have secured positions this year. Congratulations!

Here are some images of what the classrooms are going to look like for your return and the foreseeable future. Each pupil will have their own desk and set of stationary to use. We are really looking forward to seeing you shortly. 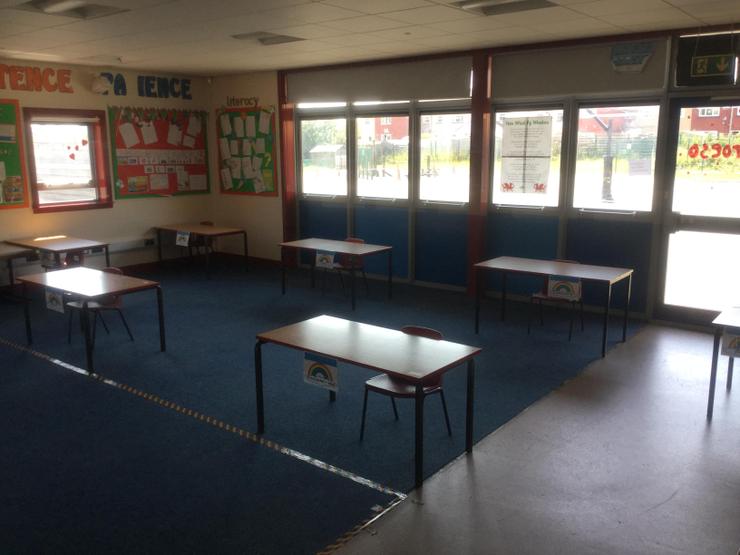 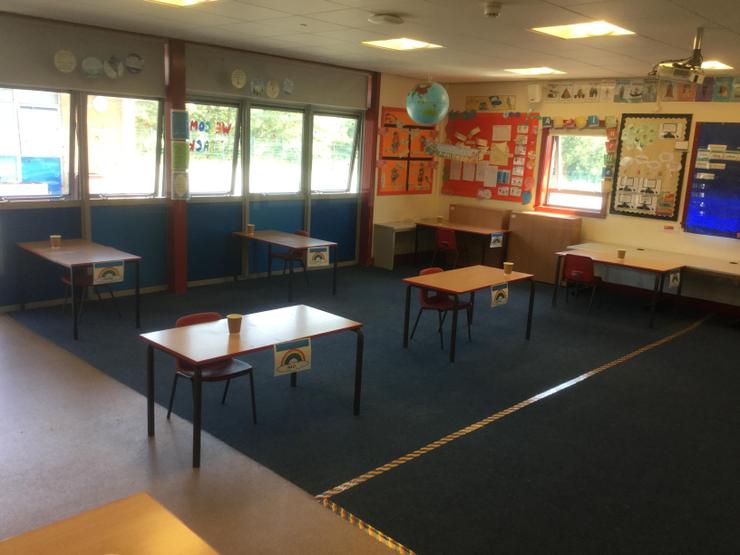 School Nurse - Handwashing and 'Catch it. Bin it. Kill it' talk.

Caerleon - Year 4 went on an amazing visit to Caerleon (also known as Isca) - a town that was once home to a Roman legion (5000 soldiers). Here we saw Roman baths, barracks, an amphitheatre and museum - which was home to thousands of interesting artefacts.

'Friend or Foe' with PC Thomas - PC Thomas popped by to chat to Year 4 about what to do in different scenarios when we are in uncomfortable situations with both strangers AND people we believe we can trust. 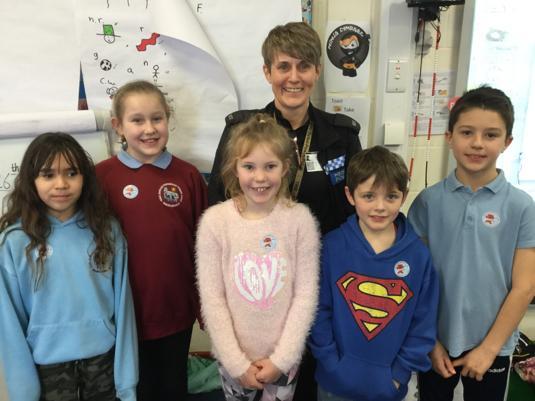 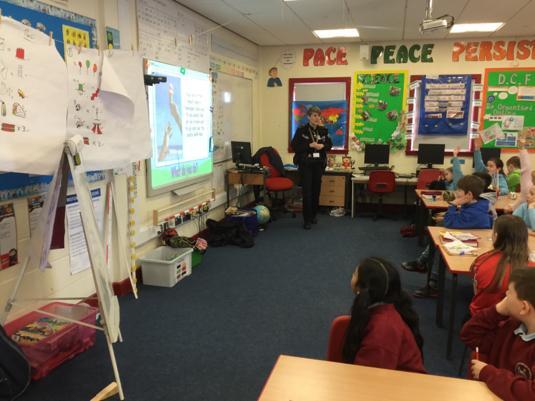 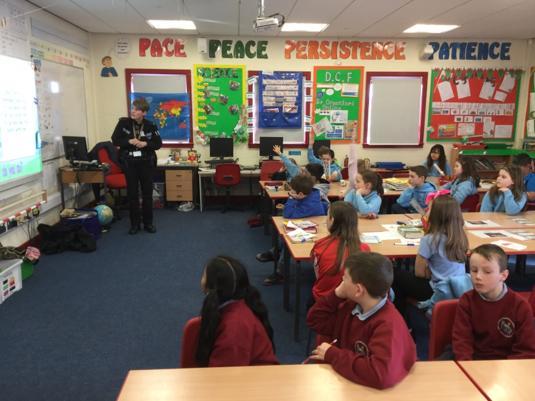 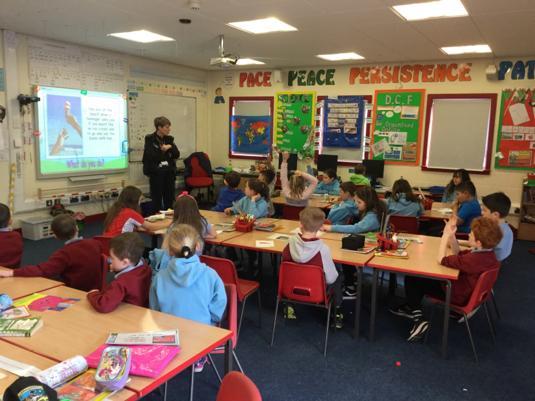 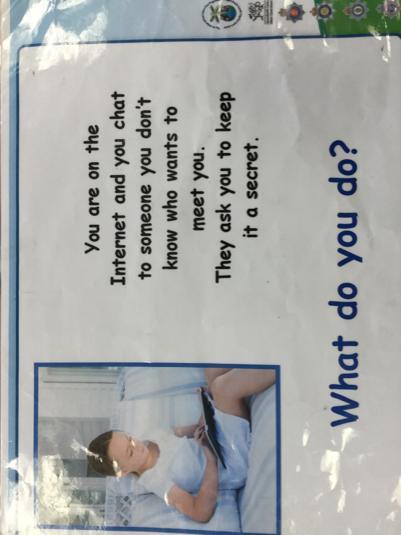 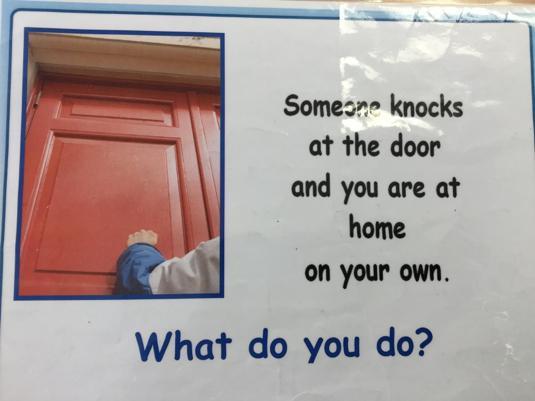 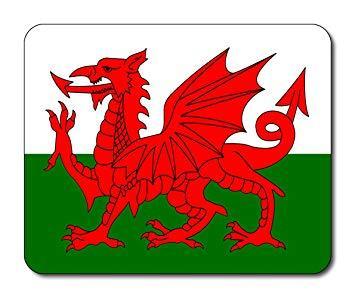 Croeso! Welsh Week was a huge success in Blwyddyn 4 - da iawn pawb! We flipped the normal timetable on its head - ensuring there were elements of Welsh language, culture and history filtering all the way through the week. Mr Layzell and Mr Hill had the hard decision of entering the best examples of work forward to the school Eisteddfod on Thursday.

Welsh National Anthem - EVERY morning Year 4 practised the National anthem. We also had Welsh word searches and colour-by-number sheets for the pupils to enjoy.

Celf - Pupils completed an Art lesson in Welsh, where the objective was to create a Welsh flag mosaic. Pupils had to cut coloured card into squares, rectangles and triangles and use the most relevant cuts to piece together a Welsh flag. A very tricky skill that tests fine motor skills as well as creativity and accuracy. The end products were brilliant.

Mathemateg - Pupils explored 3D shapes, in Welsh. They then conducted a tally chart of all the 3D shapes they could find in the classroom and used a bar chart to display the information. 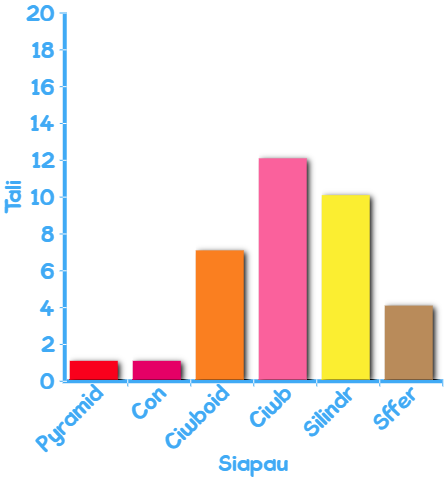 Year 4 learnt and recited a Welsh poem - "Parti". We used a Pie Corbett style of learning the poem, by writing the poem out in our books using images rather than words. The pupils enjoyed rehearsing it and learnt it really well. 4L used pupil voice to help them decide that they wanted to recite the poem in the style of a hip-hop rap. The video will be uploaded shortly. 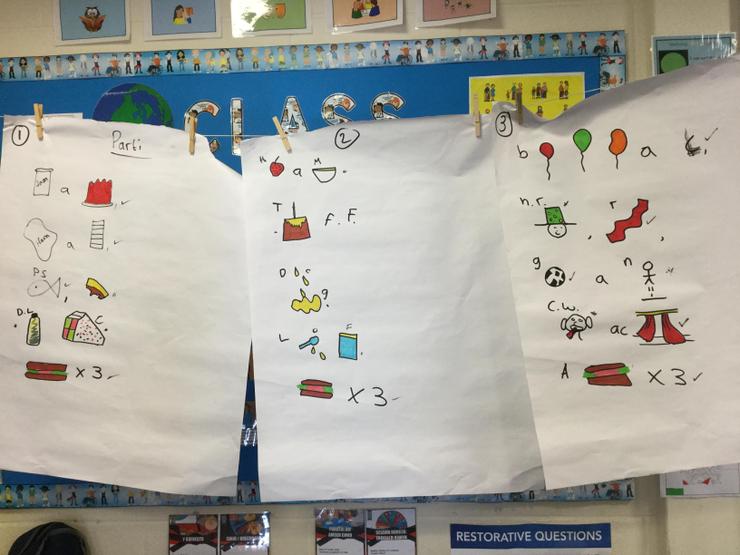 Roman Architecture Missions: Year 4 pupils had to create Roman buildings and features using modelling clay. Another mission involved the pupils working as a team to create a working aqueduct.

4L led an assembly this week all about life as a Roman. They dressed as Romans, which included Roman soldiers, gladiators, civilians and emperors. Pupils explained the way Romans lived - talking about all aspects of life, from the Gods they prayed to, to the food they enjoyed to eat. There was a very catchy song to learn to go with it - Party Like A Roman (which took a very long time for us all to get out of our heads). 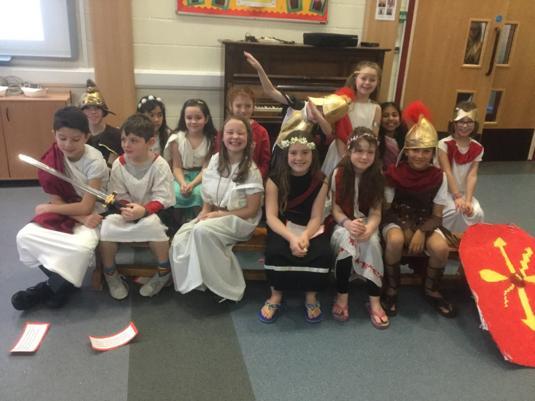 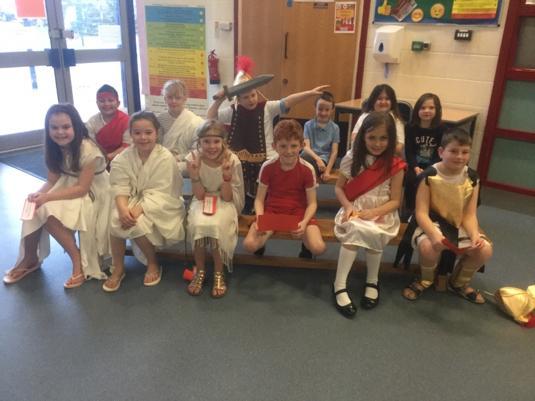 "Romans Rule, They Rule the School!"

For their assembly, 4H delivered a case on why Romans should rule the school. It involved a well-rehearsed acting performance in where the plot of the story was based around soldiers, mosaics, slaves, and Gods & Goddesses each giving their own reasons why the Romans should rule the school. A highlight for all was the dance-off between the Celts and Roman soldiers (choreographed by 4H girls). A song enjoyed by all was the Roman Numerals Song...and a big "Da Iawn" to Mr Hill who improvised on the spot when technical difficulties arose during the live performance for parents

Thank you to all parents/carers, friends and families, who attended the assemblies and provided costumes for the pupils to wear.

Careers Fair - Year 4, as our 'Land' event, planned and organised a careers fair for themselves. This involved writing letters to local businesses, service men and women, organisations and various other professionals, inviting them in so they can ask them questions about the types of jobs they are interested in. It was a fantastic success and really brought the topic to life!

Year 4 were extremely lucky to have Silent World drop by Prendergast CP School with a range of creepy crawlies, spiders, snakes, bugs and mini-beasts for us all to meet...not to forget Harry the Hedgehog.

All the pupils had opportunity to hold all the animals and ask the experts any burning questions about the creatures they handled and possible careers in working with animals too. 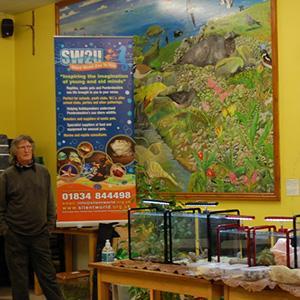 Where have you been on holiday? 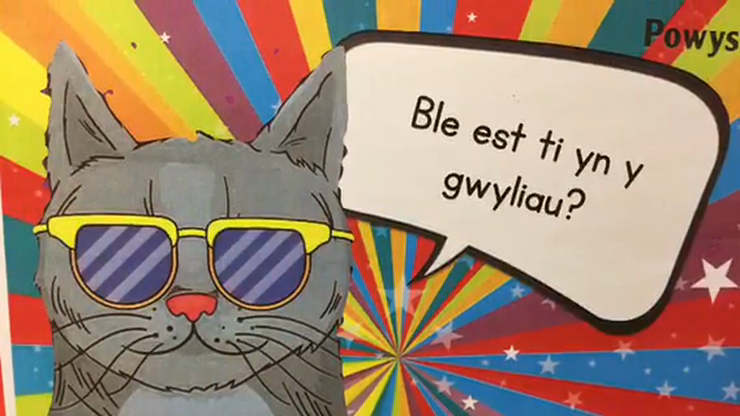 This week, Year 4 have been writing about where they have recently been on holiday, in Welsh. Enjoy our video showing some good speaking examples.

Through the Autumn Term Year 4 have been studying the planet and how well humans look after it - turns out, not very well at all....

After researching how much waste we throw into landfill, we decided to investigate ourselves how long popular landfill items take to biodegrade naturally. To do this we buried a plastic bag, a nappy, an apple, a glass jar, a paper towel and a plastic bottle into soil. We each made predictions on how long each item would take to biodegrade and what physical changes would occur.

After 6 weeks, we dug the items up and observed the changes. Here were the results. Really interesting stuff. One thing we certainly realised is the more we can Reduce, Re-use and Recycle, the better. 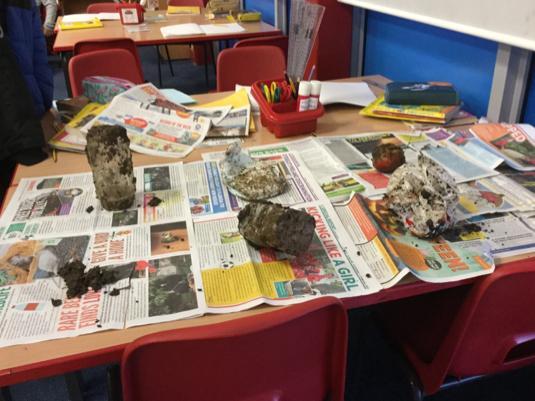 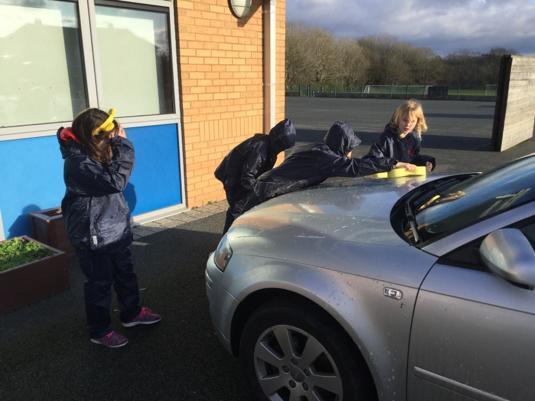 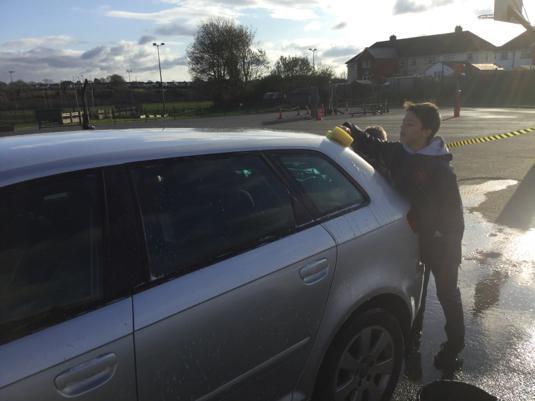 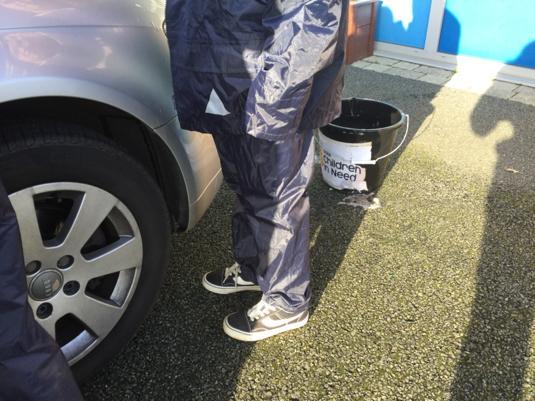 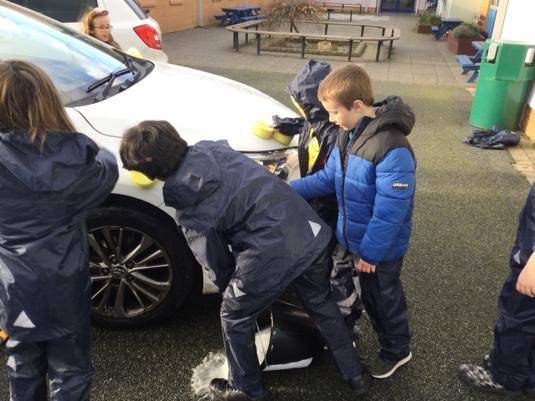 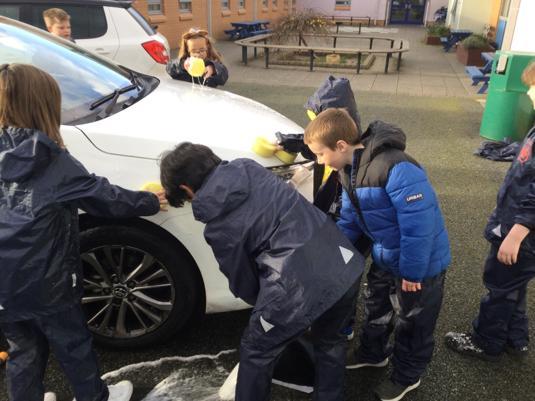 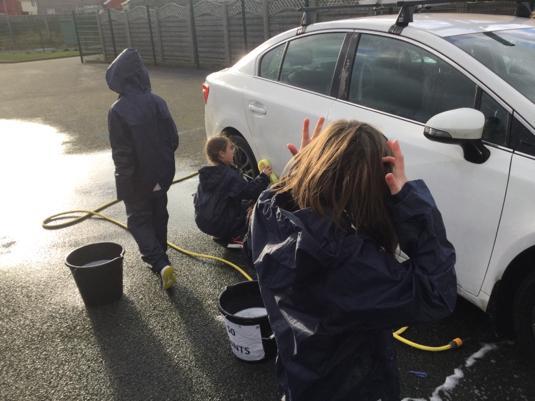 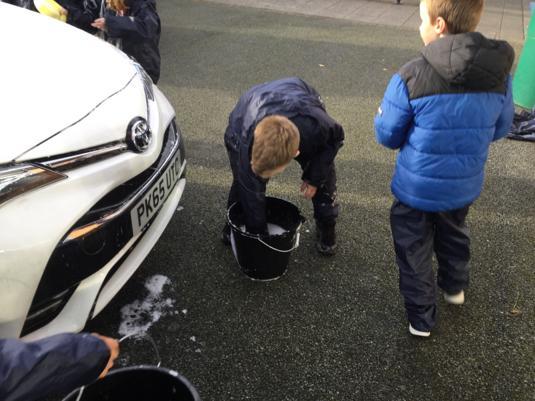 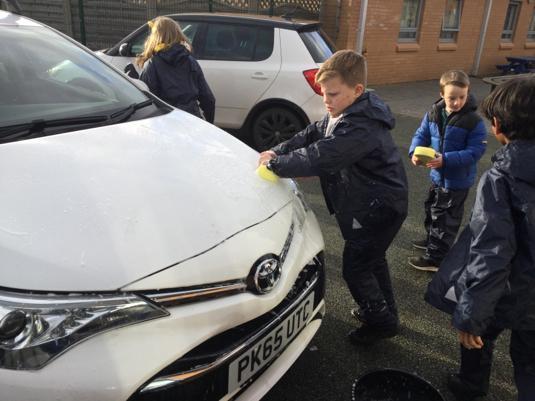 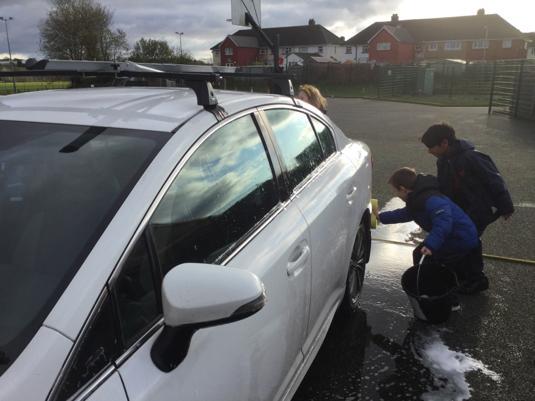 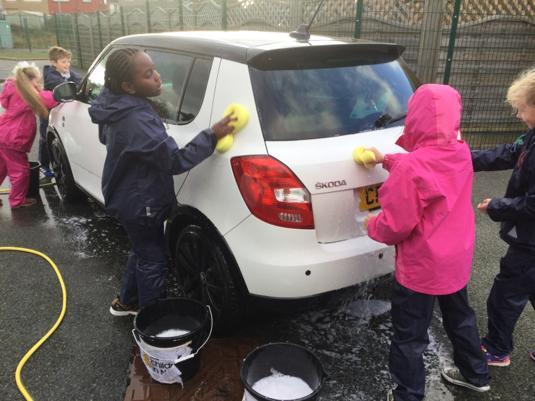 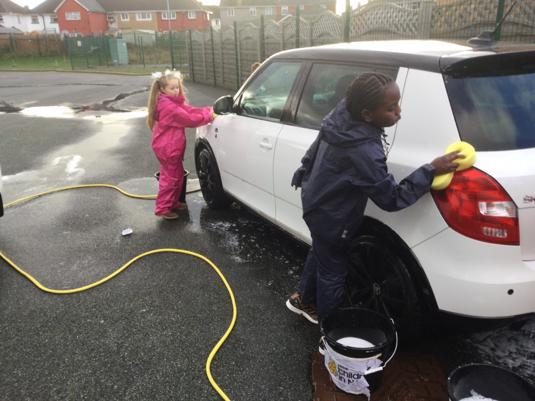 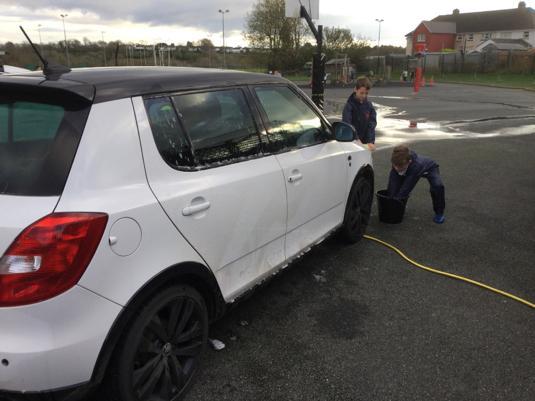 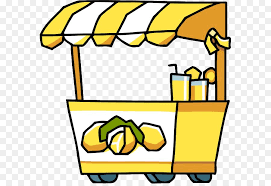 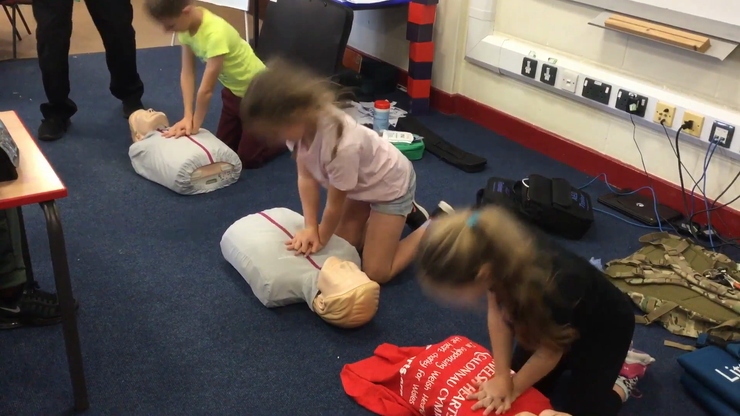 Year 4 pupils soon realise how difficult it is to do the '30 count' of chest compressions on a patient requiring CPR. Some paramedics have had to maintain CPR on a person for up to 40 minutes in the past, which can obviously be very tiring - but absolutely valuable if it saves a life! An important message is if you get tired doing CPR, swap with another person to keep the procedure going and get your energy back.

Heart Foundation Charity Visits Year 4 - Year 4 children had the opportunity to perform CPR in class and receive training about how to save a persons life if they stop breathing or their heart stops. The children were very responsive and engaged in the sessions. They were told some very important messages, specifically "Always have ago at CPR if someone is in need - you can't go wrong, but you may save a life" and "If possible dial 999 for assistance." We thank Glyn for the sessions he delivered as it gave a brilliant insight into the work paramedics and other health professionals do - a great addition to our topic work this term.

This week in Year 4 we have held our class elections for some important roles within the school. Thank you to all the children who prepared speeches and considered themselves for some of the positions. Everybody did really well.

Following some magnificent speeches and intense voting, the following pupils were successful:

I am sure you will do us all proud this year.

Unfortunately not the ones with chocolate chips.

Some cookies are necessary in order to make this website function correctly. These are set by default and whilst you can block or delete them by changing your browser settings, some functionality such as being able to log in to the website will not work if you do this. The necessary cookies set on this website are as follows:

Cookies that are not necessary to make the website work, but which enable additional functionality, can also be set. By default these cookies are disabled, but you can choose to enable them below: